How many times have we heard the Office of Wet’suwet’en say that they will never allow any pipeline through their territory, in particular not through Unist’ot’en territory. When I received the document posted below I could not help think of the quote by Winston S. Churchill.

Quote from Chief Knedebeas (Warner William) on your approval of the above we will provide immediate assurance for the province that there will be unfettered access to our territory.

Before we look into those demands we must remember or also refer to the recent controversial post made by John Rustad regarding the illegally built camp on the Morice River. I refer to the following quote made by John on his Facebook page. We have a full copy of that post here as well.  (bottom half of that article)

“I used to get monthly briefings on the activities at the blockade when I was a minister. Those briefings included reports from the RCMP and others. Illegal buildings were constructed on crown land. Heavy equipment was operating in a salmon bearing river during spawning season to build a water intake for the buildings. If anyone else had done this, the equipment would have been seized, the operators or company would have been fined $1 million+ and potentially someone would have been in jail. But, no action was taken.

On your approval of the above we will provide immediate assurance for the province that there will be unfettered access to our territory.

We received this document from one of our readers, a local Wet’suwet’en who asked us not to disclose this persons name. There was an added explanation that I will also share with you.

This was sent to me through Facebook messenger DEC 15, 2018 and I believe it was sent to every person on the senders friends list. It troubles me to see that side negotiations were being entertained back then to benefit just one house group, one clan. And now there are claims that all efforts to build these existing camps are done out of pocket when in fact we don’t know how much of these side negotiations are happening.

I know that by speaking out it will cause even more divide and I would like to remain anonymous but there is so much happening that I do not agree with and it’s all because of the bullying tactics by the OW, select staff and chiefs that would like control over Witset first nations share of pipeline $. I only say this because not all of the 13 chiefs are band members from Witset first nation. they are band members belonging to other bands that aren’t included in the pipeline route for negotiating (hagwilget) or belong to a band that has already completed and signed on(eastern wetsuweten communities).

I know we have our traditional system but how fair is it that these chiefs that reap all the benefits of the “band systems” in their communities and then get to attack our village. They live in “band” houses and receive “band benefits” and yet go after ours??? It makes me sad that this can even happen and I don’t think all of the supporters from other FN communities even realize that these chiefs are not witset band members fighting witset chief and council  and leaving their own chief and councils alone to deliver training and employment opportunities to their band members. 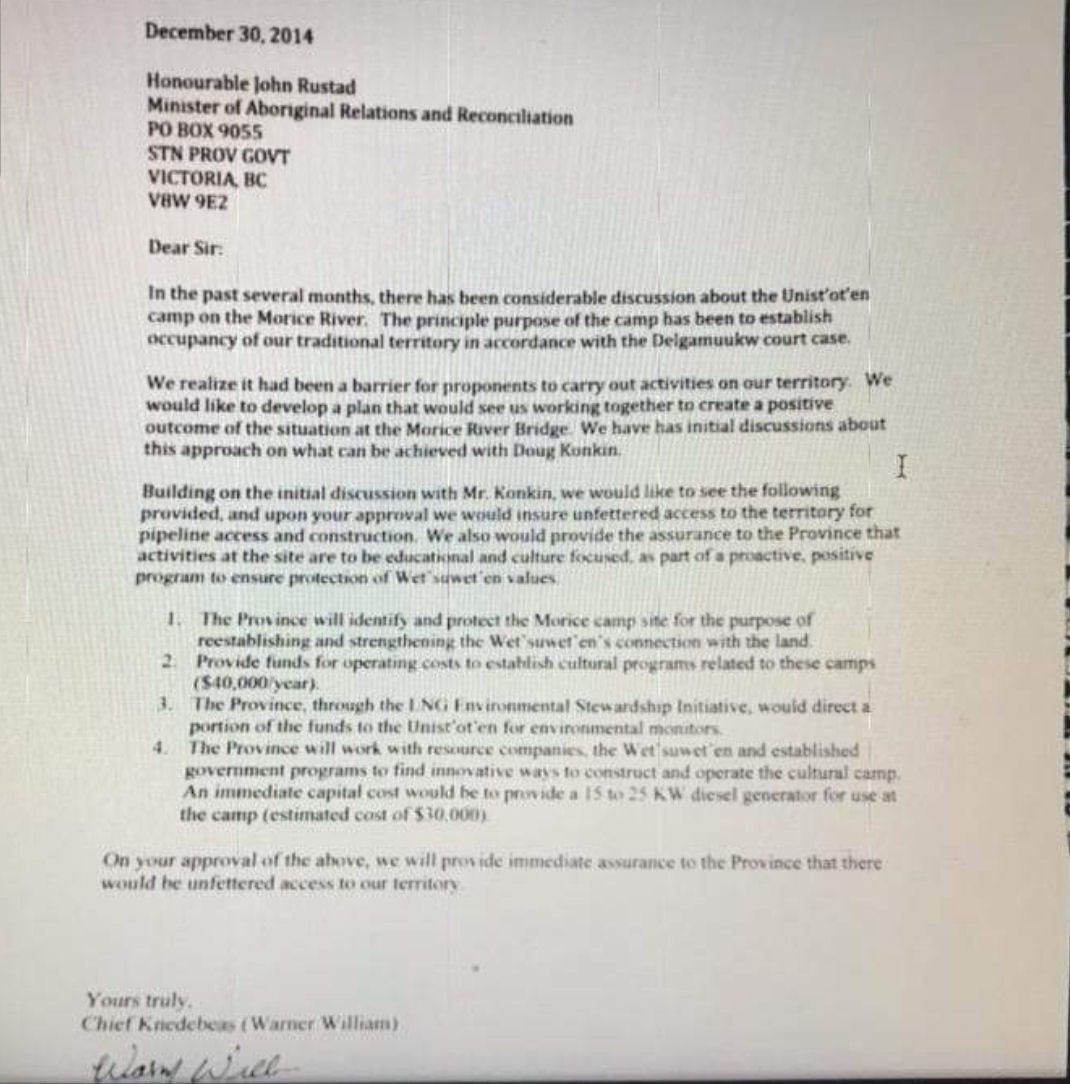