CBC used to be a Canadian treasure, but we have had too many generations of politicians who used CBC as their own political tool. Its not hard to understand why there is such a growing number of people calling for the defunding of CBC as it no longer exists for the best interests of Canada.

When you see people who opening call for the dismantling of Canada, and the same for British Columbia, and almost on a daily basis damn law and order in this nation, suddenly flaunting CBC articles, then the hair on the back of your neck should be on end, its a major red flag the CBC has joined the enemies in a fight against Canadians.

From our position in the Bulkley Valley we see a steady stream of CBC News stories, and one would think that CBC would be respectful enough to listen to and report more than one side of the story. I am not talking about supporting those horrible colonizers that seem to be perpetually murdering women in red dresses, or that they are the core of all the racism in the Bulkley Valley and let’s not forget all those Wet’suwet’en members working on the Coastal Gaslink pipeline with millions of dollars on contracts with Kyah Resources Inc a 100% Wet’suwet’en owned and operated company. And CBC has never to date admitted that there are over 800 women working in these so called “MAN CAMPS”  people like Brett Forester watch them drive by every day while he sits back in stunned silence holding down the Wickham narrative.

I am referring to the absolute disdain CBC seems to have for the  Wet’suwet’en members living in Hagwilget, Witset, Browman Lake, Skin Tyee and Nee Tahi Buhn. Everything that CBC is writing about is all promotional material for the few anarchists that actually have some Wet’suwet’en blood in their veins.

Each community is a village full of real families, real husband wives and children, they make up the  Wet’suwet’en Nation, yet when these same people vote for leaders, and instead of getting respected for their choice by CBC, they get written off as servants of a colonial government. Where do journalists like Brett Forester get off deciding what nation must obey Hereditary Chiefs and what nations are entitled to vote for their leadership? Is this subservience to the rules of Molly’s camp?

The first rule of journalism is press independence, a journalist should be there to document and record history, their job is not to write the narrative. Please read Journalists or Promotional Agents?.  Below is a quote from a well known well respected journalist  Ian Harvey who has written for the Toronto Sun, National Post, Globe and Mail, Toronto Star, Macleans, Readers Digest and many other publications. Please read it, its a staggering truth, that we have a new generation of propaganda writers, who work for the enemies of our nation.

“Claims they are journalists are suspect. I have been a journalist for 45 years and I would not sign on under these conditions.
These are the restrictions the “journalists” were working under. In which case they were no longer journalists but in fact PR agents IMHO.

“All media requests must be sent to Jennifer Wickham (Molly the ringleader’s sister) through email or phone. All reporting must center,, prioritize and uplift Wet’suwet’en voices and sovereignty (which in this case means the Hereditary Chiefs’ version not the band councils and majority who voted for CGL). Reporting focusing on or using non- Wet’suwet’en voices (supports, etc) must be FIRST approved by Jennifer Wickham. Failure to respect Media Protocol could result in being banned from reporting on Wet’suwet’en stories.”

The facts as presented by CBC show a large number of articles written by Brett Forester a reporter with CBC Indigenous in Ottawa. He is a member of the Chippewas of Kettle and Stony Point First Nation in southern Ontario who previously worked as a journalist with the Aboriginal Peoples Television Network. Bret lived/lives in the camp with the anarchist rebels who are there for only one reason, that being to interfere with the building of the Coastal Gaslink Pipeline.

His articles verify that he adheres to the policies demanded by Molly and Jennifer Wickham.

CBC went so far as to collaborate with a well know Canadian terrorist Franklin Lopez  and made him a co-producer in their anarchist film,  .Yintah – a documentary film about the Wet’suwet’en Nation. Also a must read is Did CBC just team up with a terrorist? and Canadian Broadcasting Corporation – Collaborating with Domestic Terrorists. Another recommended read is Brandi Morin – the CBC Journalist – Award Winning Journalist – In bed with the enemy. 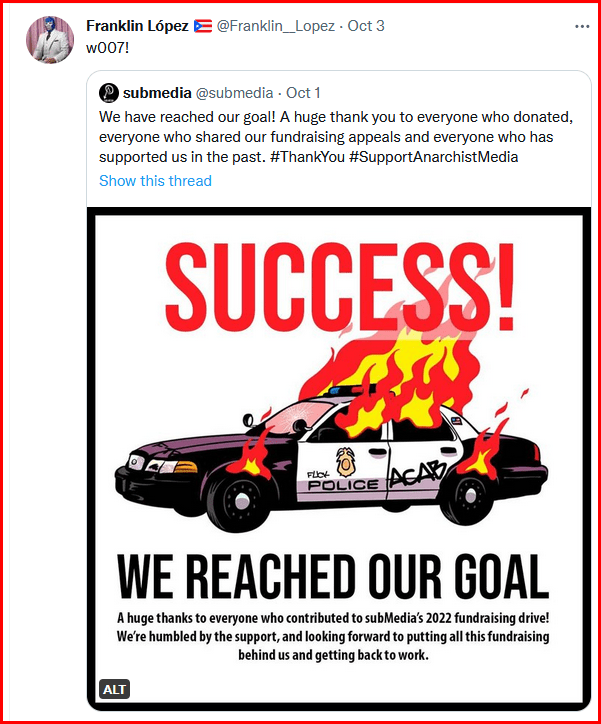