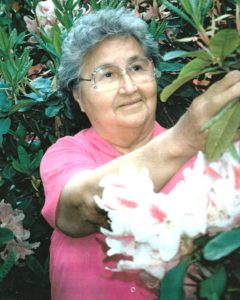 Sadly its being used by radicals to promote racism, in turn moderates start using racism, even more sad is they now have no shame in doing so publicly if your of the right skin color you can get away with it. Everyone else could face criminal charges for making racist comments in public.

We need to separate politics between goverment and Wet’suwet’en people, and local residents, it should not be what we are seeing now where certain individuals (not all) Wet’suwet’en are using racist comments and attacks on local residents as leverage in the land claims dispute. Its vile, its disgusting and has no place in this incredible valley that we both have shared for so many generations.

Applying this new so called Wet’suwet’en law on trespass is appalling, disgusting and insulting to the generations of locals who shared so much history together. Its one thing to apply it to industry, but to locals is nothing short of shameful.

Its hideous that you would even consider telling elderly locals they are guilty of genocide and imposing colonization on the Wet’suwet’en people. These are comments made by kids who must be suffering from brain disorder as this is not what our elders, both aboriginal and non aboriginal have been telling us.

This is the talk of hoodlums, and their leaders, and the Hereditary Chiefs who are prodding them on. I do not have fingers enough on my hands to count the number of times I have heard Hereditary Chiefs say we have always shared our land with locals, and we have always respected each other. This is not respect, this is a slap in the face of every non aboriginal who have been standing up for equality, equal rights, and this is your way of thanking them?

So what changed? A change of guard of the Office of the Wet’suwet’en, and suddenly local residents are outcasts in our own back yard?

You could almost say we shared the Bulkley Valley since “Time Immemorial” give or take a decade or so. For the racist kids of today its well beyond time immemorial, based on what comes out of their mouths.

This brings me to a quote that was spoken to her house clan and to all Wet’suwet’en people, its meaning should be a message to everyone sharing this beautiful Bulkley Valley we all call home. The words of Lucy should become the tie that binds us all together, as opposed to the wish of ripping apart a society based on their DNA.

These words defined “Love Thy Neighbor” thank you Lucy.

“In the old days the white people used to deal with us. Today we learn from the white people. When the Europeans came here there was no prejudice in my time, neighbors were all white in Houston. Indians and whites got along in those days, respected each other as they were very poor too, their country was torn apart by war and they were given leased land in this country. Now the government is selling those lands again. We did not sell it, the government did. White men that bought it worked hard to clear it. They had only a suit case and started with nothing.

Today we should look at people the same way. It was not Indians who sold the land, the government sold the land. The white man paid big money and is still paying taxes today on it. It was not an easy life to leave their countries, to survive they came here, we should respect them. Younger people are different, showing prejudice against white, and white born prejudiced against other people as they don’t know the history. The Nether people said the Indian showed us how to fish, hunt and garden; the Indian had big respect for Nether people. In the old days the white people suffered a lot, Nether people cleared that land. Nether people worked for $1.00/day only. White people respect that, worked hard for their money, no bulldozers, only saw and axe. Our people worked hard. We always must look at our ancestors, if not for them, we would not be here today.

People with names must be respected, elders, now don’t do that. I try to talk with my great grandchildren but they don’t want to listen to me. That is how it is turning today, must know our ancestors.”  Gguhe’ Lucy Bazil-Verigin (March 20, 1920 – April 1, 2015)

Editors Note: I am guessing as the transcript was a verbatim copy of what was said, and lost in translation may be “Nether people.” Considering the large Dutch population in the Houston area where Lucy lived at that time, it could well be she meant people from the Netherlands.