Editors Note: Stolen from The Post Millennial as it fits precisely into the conversations we have been sharing with our local audience and the crisis in the Bulkley Valley. The original can be found here. Written by Spencer Fernando – The Trudeau government just legitimized men silencing Indigenous women We encourage our readers to read other articles by the same author as there is some excellent coverage by this media outlet on the topic. 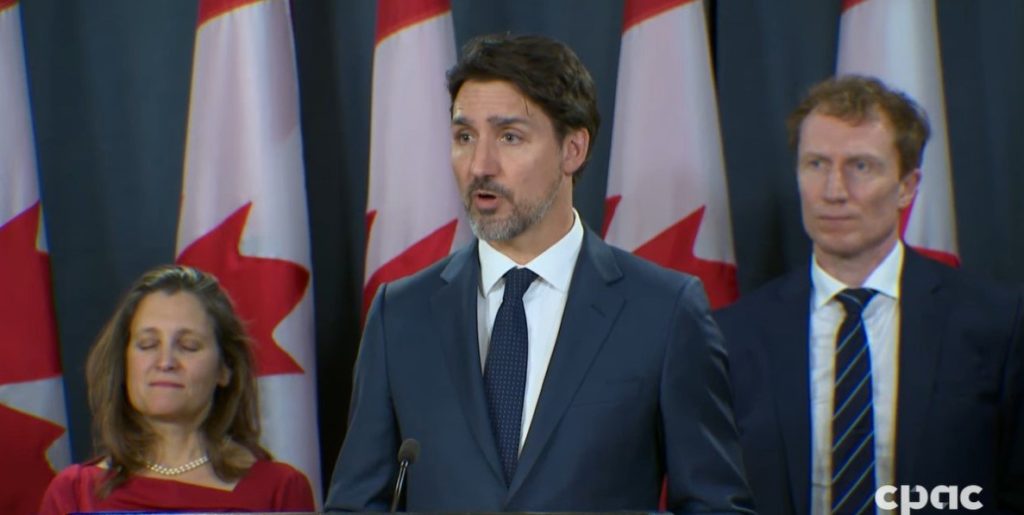 Prime Minister Justin Trudeau has already shown that he only likes strong Indigenous women when they agree with him.

The moment a strong Indigenous women like Jody Wilson-Raybould stands up for what they think is right, he silences them and puts a stooge in their place.

So, perhaps that’s why Trudeau feels such solidarity with some of the Wet’suwet’en hereditary chiefs, a group of dudes who appear to have done a Trudeau-style move in removing Indigenous women who disagreed with them.

As the Globe and Mail had reported on June 9, a group of Wet’suwet’en women with hereditary titles were stripped of those titles by the same guys the Liberals are now negotiating with.

The women, Theresa Tait-Day, Darlene Glaim, and Gloria George had founded a Matrilineal Coalition to help deal with issues in the community.

And it just so happens that those women support the Coastal GasLink project, while the male chiefs are against it.

Those same male chiefs stripped the women of their titles:

Apparently, creating the Matrilineal Coalition was against “proper authority”, and had their titles stripped. The women strongly argued that the disciplinary action went way too far, noting that the titles are meant to be hereditary and shouldn’t be stripped away from anyone.

Amazingly–and something that hasn’t been reported nearly enough – is the fact that many consider Ms. Glaim to be the actual Chief Woos, a title that was stripped from her and given to Frank Alec, who has been the same guy negotiating with the Liberals.

In short, the Liberals have legitimized a group of hereditary chiefs–all male–who stripped female hereditary leaders of their titles.

It’s quite an irony for a supposedly “feminist” Liberal government to be aiding and abetting the silencing of Indigenous women, yet another blow to reconciliation.

This shows a few things.

First, it shows the hypocrisy of the Liberals.

Second, it shows their ignorance of what’s actually happening in Wet’suwet’en territory, leaving it looking like the Liberals have been effectively tricked into giving legitimacy to a group that is opposed to the majority of the community.

And third, we can see how this goes to show the incompetence of the Liberal government. They simply waited to see who would be the loudest, then negotiated with that group, despite all the above factors that should have been taken into account.

Once again, the Liberals show their inability to handle any complexity whatsoever, and they’ve done even further damage to all of Canada.