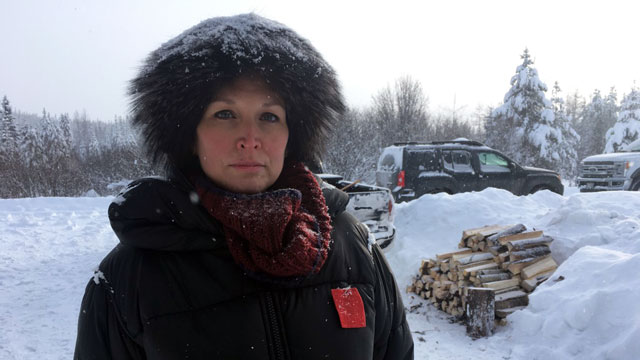 “In Canada, merely counselling (encouraging) someone else to commit a crime is in itself a crime.

In many cases, the encouragement may legally rise to the level sufficient to be found to be a party (aka aider or abettor) to the crime, in which case one will be convicted of that crime and be liable for all the consequences of it (penal and otherwise).”

Here you have it in a nutshell, when you see people like Freda Huson or Molly Wickham or Warner Naziel (the fake Smogelgem) asking people to shut down Canada and supporting actions to shut down roads, rail or buildings.

“Section 2(c) guarantees the right to peaceful assembly; it does not protect riots and gatherings that seriously disturb the peace: R. v. Lecompte, [2000] J.Q. No. 2452 (Que. C.A.). It has been stated that the right to freedom of assembly, along with freedom of expression, does not include the right to physically impede or blockade lawful activities: Guelph (City) v. Soltys, [2009] O.J. No. 3369 (Ont. Sup. Ct. Jus), at paragraph 26.”

And yet some people wonder why the RCMP treat these blockaders like terrorists, it is because they really are.

Excerpts from CBC  and Western Standard

“Samantha Frances Brooks, 27, and Ellen Brennan Reiche, 23, both of Bellingham, are accused of placing “shunts” on Burlington Northern Santa Fe tracks Saturday night. Such devices consist of a wire strung across the tracks, mimicking the electrical signal of a train. The devices can cause trains to automatically brake and can disable railroad crossing guards, investigators said in a complaint filed Monday.”

“The pair are charged only in Saturday night’s incident, but there have been 41 such cases involving the BNSF tracks since January, with a message claiming responsibility posted on an anarchist website early this year, the FBI’s Joint Terrorism Task Force said.”

“In one, shunts were placed in three locations in northwest Washington on Oct. 11, prompting emergency brakes to engage on a train that was hauling hazardous materials and flammable gas. The braking caused a bar connecting the train’s cars to fail; the cars became separated and could have derailed, U.S. Attorney Brian Moran said in a news release.”

“A message claiming responsibility for the shunts said the goal was to keep supplies from reaching the U.S.-Canada border.

“This tactic is fast and discreet,” the message said.”

“Brooks and Reiche were arrested after triggering a game camera on BNSF property, the complaint said. They made an initial court appearance Monday and were released pending a Dec. 14 hearing. “