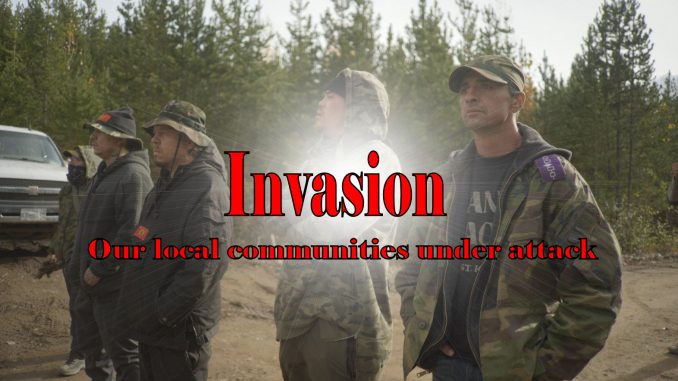 A big thankyou goes out to all the readers sending us tips on this outsider invasion, thank you so kindly from all the residents of the Bulkley Valley.

It appears that increasing numbers of protesters some with criminal backgrounds, histories of previous arrests are being welcomed by a local Hereditary Chief who also faces criminal charges and two make believe Hereditary Chiefs with stolen blankets. One of those two advertises himself as “polyamorous” for whatever other reason than attracting willing participants? Is this why Freda and Warner no longer appear together?

This page will be updated continually as we discover who the invaders are and where they are from. Considering that there is near zero support from First Nations living in what is commonly referred to as Wet’suwet’en territory, these bullies have resorted to bringing in both known aboriginal activists and known as well us unknown non aboriginals from outside of our northern communities. The sum of their support in Smithers can be summed up by looking at how small the contingent was supporting their illegal actions. (Violating a Supreme Court Injunction is not a right, its an offence)

What happens if you breach a court injunction? An injunction is a Court Order that either prohibits a person from doing something or requires a person to do something. … If you breach an injunction, you can be held in contempt of court, which could result in imprisonment.

Please note the people below are in no particular order, and our reasons for including them will be attached.

(added Oct 20th 2021 below) Considering organizers are getting up to 20 Thousand dollar fines for criminal contempt, we expect they want outsiders to take the fall while they sit on the sidelines basking in glory. That could explain Molly’s desperate plea for feet on the ground.

These people were part of the small parade that happened on the 14th of October 2021.  If this represents the Wet’suwet’en people then the number is even less than I expected, am I the only one who noticed the absence of all the Hereditary Chiefs? Could it be they do not want to be seen supporting a criminal? Note the lady in an orange coat, Molly Wickham’s  sister, violating tradition when she should be with family attending her aunts funeral. So many times we see these same people tell us about respecting our ancestors, and do exactly the opposite themselves.

Two non aboriginal organizers were locals husband and wife team of Perry Rath. Read what he said below picture.

Also in attendance was Dr. Margaret Mcgregor a well known environmental activist from Vancouver. who openly is involved with trying to block LNG projects here in British Columbia. Her twitter feed is full of environmental activism. I wonder who funded her trip to Smithers? 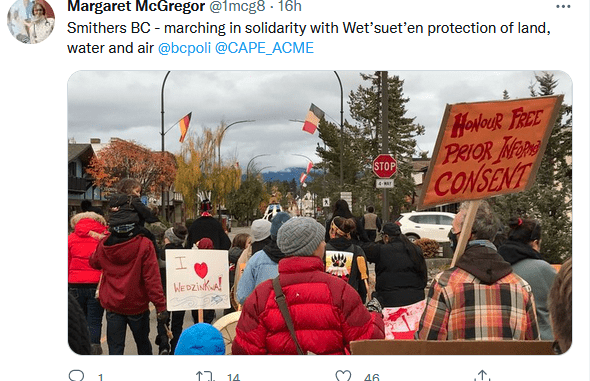 Dr. Margaret McGregor and Dr. Larry Barzelai were both here on behalf of another tree hugger group called the Canadian Association of Physicians for the Environment  (CAPE) 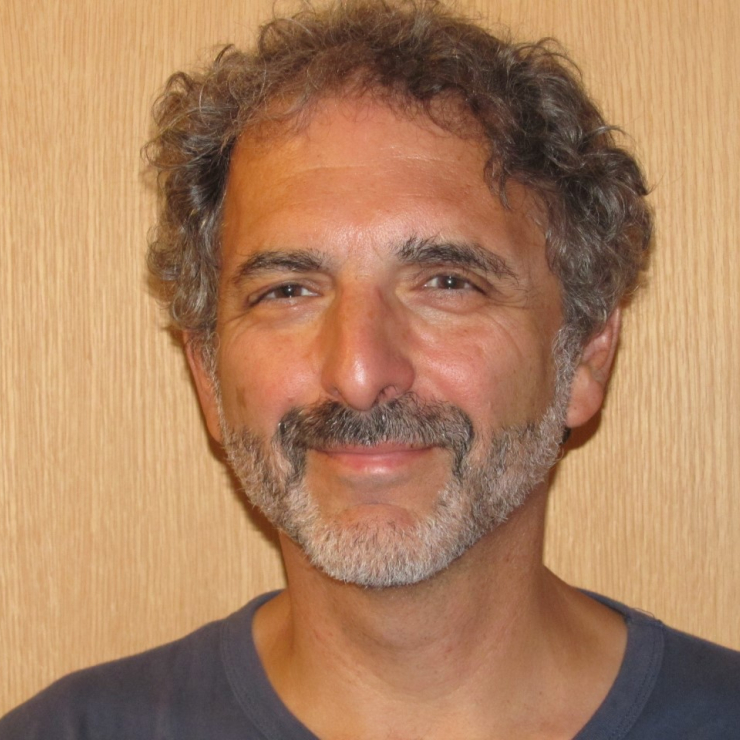 This section is dedicated to identifying outsiders who appear to be in violation of the Supreme Court Injunction, and are at Molly’s camp at the CGL Drill pad site.

Next we have Michael Toledano who claims to be an independent reporter but is anything but independent. He uses credentials obtained from membership in National Press Photographers Association however have a look at their code of ethics and tell me he does not violate them. It appears to me everything he does is all about intentionally breaking this rule, “While photographing subjects do not intentionally contribute to, alter, or seek to alter or influence events.”

Next we have the two amigos

Police have to be sure there is no sniper fire and will have no choice but to take every action to insure all known weapons are secured first and foremost, its extremely foolish and dangerous for the so called  Wet’suwet’en Hereditary chiefs to allow high powered weapons at the scene where they know their members are in violation of a lawful court injunction. This irresponsible action could result in bloodshed and they will only have themselves to blame. That image posted is a direct threat from a man with a criminal record.

Next is another outsider who was here for the last raid, as well he is the same man who arrested on August 22 at the St. Clair River-U.S.-Canada border crossing while en route to the Burning Man arts festival in Nevada. His name is Anton Bueckert.

Anton Bueckert of Ontario, “was charged with two felony counts of obstructing the legal process and use of tear gas, and third-degree riot, a gross misdemeanor. A state trooper had his thumb broken during Bueckert’s arrest.”

The next person is a Fairy Creek (professional protester) by the name of Shawna Knight.