One of the most important aspects of claiming to be a Wet’suwet’en Hereditary Chief is following Wet’suwet’en Laws in regards to legitimate ownership of that title. One of the major issues of concern locally has been the debate over who has the authority of unceded Wet’suwet’en land, otherwise known today as crown land, that has not been settled by way of negotiation or in our Supreme Court.

What you may discover in reading this article is how the Hereditary Chiefs of today exist and bypassed the very rules they claim Hereditary Chiefs must follow before they become a Hereditary Chief. Why would they ask taxpayer to foot the bill in writing a text book “Niwhts’ide’nı̈ hibi’it’ën – Ways of Our Ancestors”, then not even follow the rules that profess the  Wet’suwet’en leadership follows? 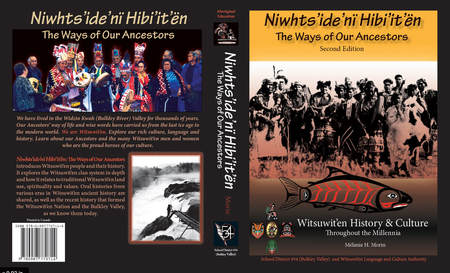 The major reason we need to review these facts is due to the radical environmentalist movement having hijacked the truth in regards to all the Hereditary Chiefs that are turning what was recorded by the original hereditary chiefs on thier heads, making a mockery of the entire Delgamuukw trial and testimony.

Stop with this nonsense of rewriting what was said and written at the landmark Delgamuukw ruling and expect that Canadians and the world are too stupid to to see that you folks are lying through your teeth, never backing up what you claim by showing the world the actual text. And media, do what you were taught to do, do some research, stop with this taking their word for it because their skin colour happens to jive with the story. Start talking to First nations people who tell the other side of the story and compare notes.

To establish what the rules really are let us review what was said in the Delgamuukw testimony entered by Mary Joseph on December 7, 1988 in the Supreme Court of British Columbia.  References see https://open.library.ubc.ca/collections/delgamuukw/items/1.0018481 or see it below.

DID YOU HEAR THAT WARNER NAZIEL & FRANK ALEC?

Was this one for the storybook effect, in order to dupe the public and media?

Below, Wet’suwet’en Laws regarding ownership of Territory.


Below is a breakdown of how authority is supposed to work under Wet’suwet’en Law, and note on page two of this document that was also entered into evidence at the Delgamuukw trial speaks of 6 feasts (Bahlats) before becoming a Hereditary Chief, since that time it was reduced to four, now we are seeing cases of where its not done at all but in secret.

Even more bazaar is the case of a Wing Chief in one house becoming a Hereditary Chief in another house, with a wing chief serving both his own Hereditary chief and that of the other house. See the bazaar case of The Sun and Owl House.


Then I want to bring your attention to a book “Niwhts’ide’nı̈ hibi’it’ën – Ways of Our Ancestors” that the Office of Wet’suwet’en had published as an education tool for local schools. Once again they too admit there are normally four feasts held, now lets review all of the existing Hereditary Chiefs and see who among them followed the rules, and who did not. 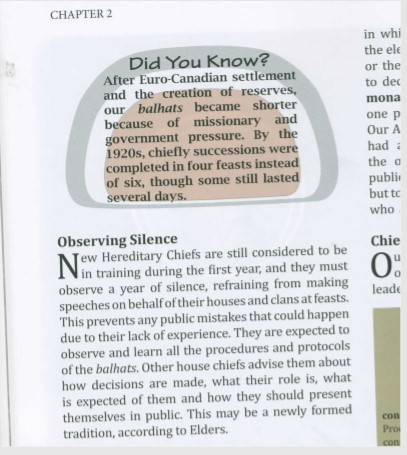 Wow and Frank Alec went right from one feast where he stole the title from Darlene Glaim to negotiating Wet’suwet’en  sovereignty with the Governments of British Columbia and Canada almost in the same week! It is indeed amazing how they can document history and then make a compete new set of rules for themselves.