Update: “The RCMP has been quietly running an operation monitoring individuals’ Facebook, Twitter, Instagram and other social media activity for at least two years, The Tyee has learned.”
“The existence of Project Wide Awake has never been reported.”

The won’t care until they apply for a visa or a job, and are declined, stupid kids.

Meet the real people behind the Unist’ot’en blockaders and anti pipelines.

These are the people behind “Solidarity with Wet’suwet’en!”

As far as the funds they get from supporters, no worries, it will quickly be wasted and return back into our economy, and it will render these delinquents a bit more useless with every dollar they give away. The blockaders have now turned to panhandling Facebook for cash, some do very well, imagine 300 Grand is nothing to sneeze at, its almost as good an under the table income as a job.

Watch now as they travel all over, on other peoples money, it does make me laugh at how gullible people are with their wallets.

They talk so much about respect, but their actions are like rabid animals, this is the kind of people we are dealing with. Kudos to the RCMP for understanding just how juvenile and rude these poor excuses of humans really are. Canada has turn them into ignorant spoiled brats who would never understand the meaning of respect.

When you take the mask off these peaceful loving protestors, this is what you see. Beware of peer pressure, it will result in more heavily armed police confrontation. If we can read it be sure the RCMP have people reading and recording it as well.

If they return with more tactical officers you only have yourself to blame, but then its a great photo opportunity to panhandle more money out of sympathizers.

It does make me wonder a lot about how fetal alcohol syndrome affects people brains.

The art of following online Unist’ot’en hooligans involves reading some very interesting comments by their followers. Someone asked me if it was hard to stomach, my reply was outside of some good comedy on TV some of the best gut busting laughs I have had in the last few months was reading the logic of some of these people.

The following I posted tend to go into that dark place of criminal minds, they were found on some of their pages, and public profiles. They know we are there reading it, they actually are more careful now about what they post, nothing they can do about it if they plan to milk the public for funding. I gave them a break, no back dated comments from before February, but be aware from this day forward, the gloves are off.

Anyone who wishes may most certainly call the police in regards to death threats, posts like the ones below are illegal and could land you in jail. we are only collecting them as evidence as to what kind of misfit punks Canada and the RCMP have to deal with. 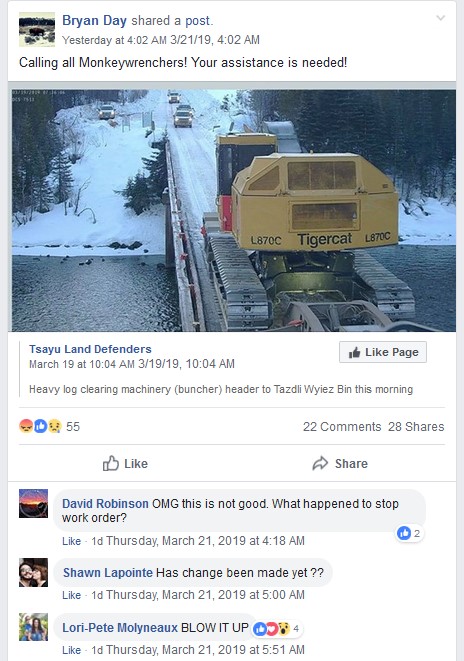 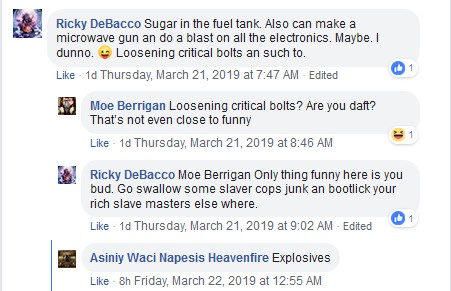 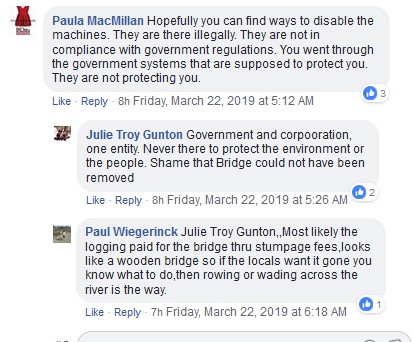 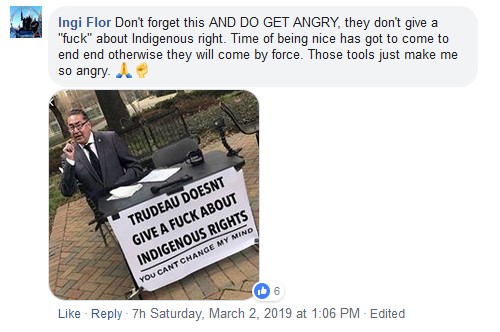 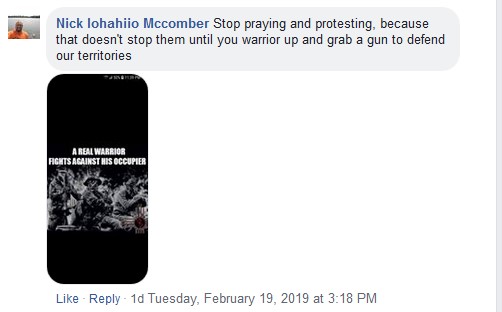