There is a lot of silence coming from Molly’s crew that are breaching the Supreme Court Injunction. Read the previous article and watch the protesters videos so that you will understand where I am coming from in the conversation that follows here.

Let’s clarify the facts, because if you let them control the narrative, you end up sharing more fiction than facts, as does most of the mainstream press covering this story. Its almost as if they need a good fiction novel in order to keep their readers attention, all at our expense. (Ours meaning locals both First Nations) and non aboriginals alike.)

The first point of fiction is the following image, Molly and Shay speaking as if they are Wet’suwet’en, when in fact Molly and her blood sister the group spokesman are part Gitxsan and Stellat’en and white settler. While Shay is a Gitxsan.

All of this action to protect a river from something that has been done hundreds of times with ZERO impact on lakes rivers and streams, a highly qualified team will put a pipe under the river, so far under it will not disturb a single fish, but this crew of liars suggest that its Armageddon on the horizon. Meanwhile they put a backhoe in the river to put in a waterline to their camp, during spawning season, but that’s fine right?

Where are all the Wet’suwet’en? 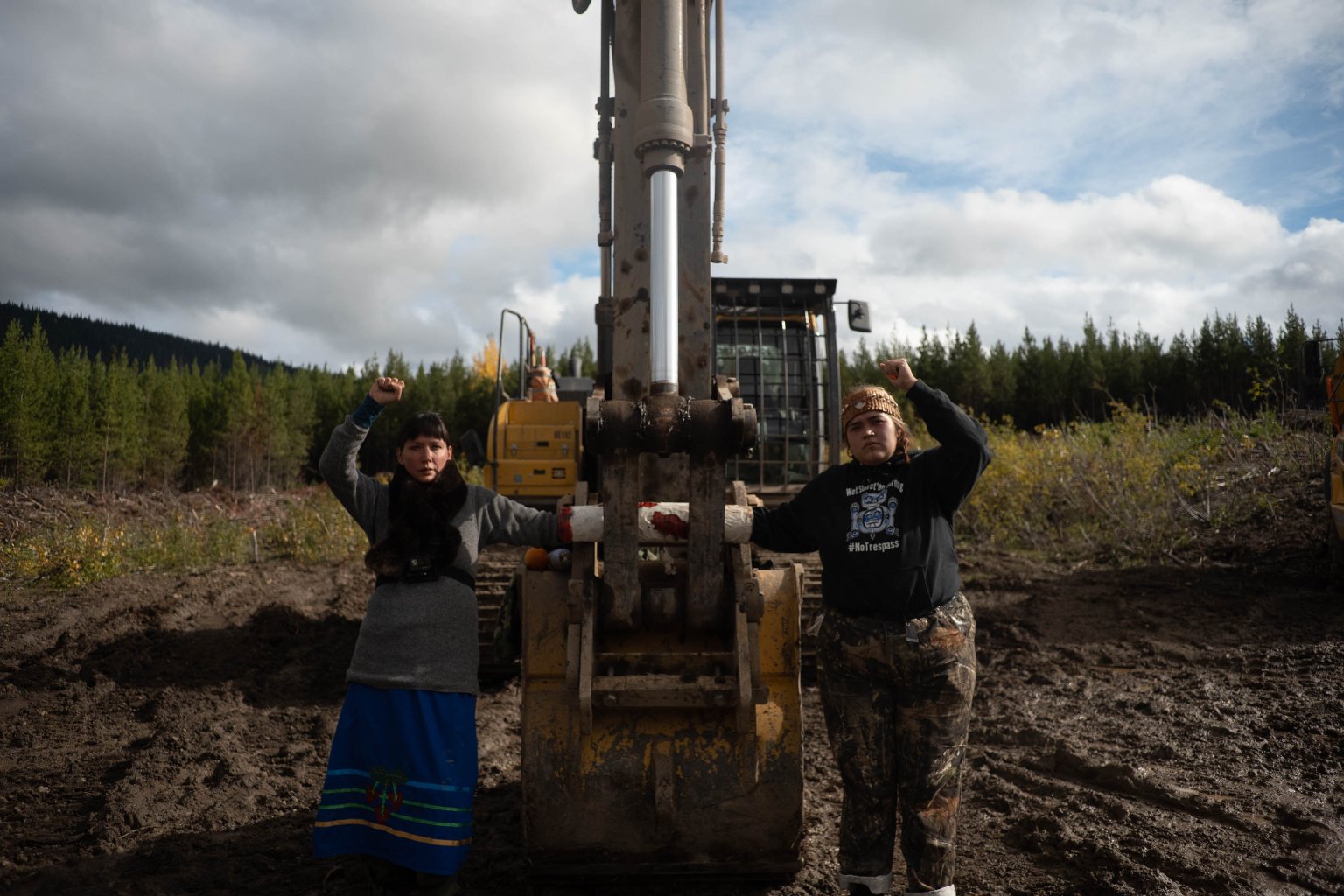 It appears none of the protesters other than those two are even First Nations, both were arrested and charged with breaching the Supreme Court Injunction. We do not have a picture of both of them, but here is one below, likely came from the Fairy Creek protest camp, we cannot confirm if he is even a Canadian. But he is a damn good actor, they really need to have protester academy awards. One reader suggested he sounded like a cry baby on crack. 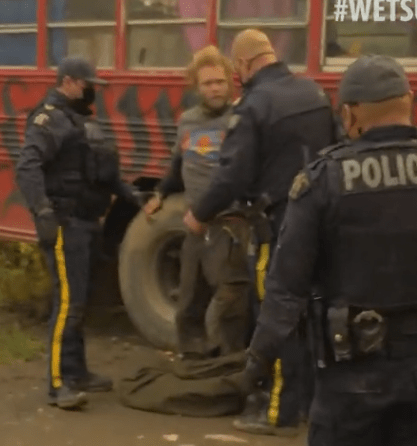 Here is where I have issues, we watched as the Supreme Court Injunction was read to Molly and Shay, but never read that they were charged for breaching the Supreme Court Injunction. Not only did they commit, but lead others to commit. Then we have Shawna Knight and Molly Murphy arriving from the Fairy Creek blockade teaching Molly and her blockaders how to hard block, a tactic used and taught at the Fairy Creek blockade          https://www.instagram.com/p/CUanc_wAe58/

The methods used to make it more time consuming for police trying to uphold the law, then you see them write “Leading up to September 30, the “National Day of Truth and Reconciliation” we need to send the message that things have to change and they have to change NOW.” at the same time they spit on the Pacheedaht First Nation who kindly asked anti-old-growth-logging protesters to leave their territory (six times) and their reply was a blatant refusal. These people duck and hide (use and abuse) First Nations while in fact they do not give a damn about First Nations.

When policing costs go up, its you and me who end up footing the bill, the public must do more to push governments to act faster in shutting down illegal blockades.

Next we have a man who flaunts his sex life on social media using a stolen title to a chiefs name in a clan family he does not even belong, and along side him the arrogant Hereditary Chief who snubs his nose at the law, despite the fact he will soon be heading off to jail for his own criminal convictions. These two are going to lead a “Reconciliation Day ” ceremony out on the drill site at the 63 km mark of the Morice River Road. Seriously please remind them to send the pictures of the turnout, as opposed to the two standing there alone in the middle of the field.

Last but not least we see Frank Alec banging. a drum at the Convention Centre on Global News, so that explains his absence at the drill site blockade. I wonder who paid for his flight, wine and dine in Vancouver? I also see Molly proclaiming that all protesters who come out to the camp will get the protection of Frank Alec, so while this actor was screaming in pain, where was Frank Alec?

So Frank Alec will post bail and pay that mans legal bills? 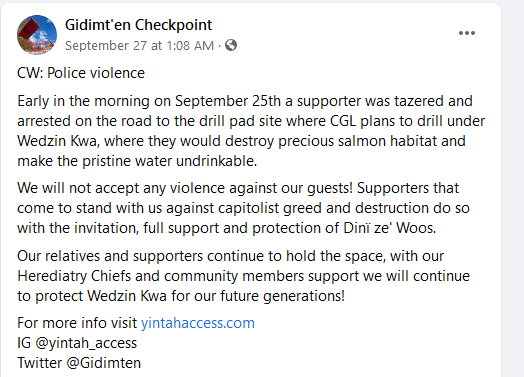 Now most of you know that I am not, or ever was a professional journalist, I am just an elderly local resident who loves our backyard, our Bulkley Valley, and the residents thereof as well as our way of life, so what I will be saying next will in some peoples books be called crossing the line, however as a concerned citizen I feel a responsibility to ask the following questions from Molly Wickham and Freda Huson. Especially in light of how much time and effort Molly and Freda have put into the issue of red dresses, and the plight of indigenous women suffering at the hands of men.

There is a rumour in circulation in social media that there is an accusation that sexual abuse took place in one or both of those camps. The story, I won’t repeat all of it, concerns a young female supporter from Winnipeg, and that she approached both of you and Frank Alec and received no help, not even with the cost of going back home. The object of this question is to get you to clear your own names and put this rumour to bed, or confirm it and report it to police. Enough said.

Recommended Read This is blatant disregard by the protesters to comply with land owners who are First Nations.