Absolutely insane the claim about RCMP violence, review the facts, see for yourself, what is more shocking than the lies, is the press actually retelling those lies as gospel. Unlike the press, we live here, we are not as gullible to believe the half dozen hooligans getting rich with GoFundMe accounts.

Even APTN got on the bandwagon of choosing sides in what in reality is an internal Wet’suwet’en dispute, siding with the small radical almost non aboriginal blockade.  B.C. approves RCMP redeployment to Wet’suwet’en territory same day floods destroyed critical infrastructure. Even though a resolution put forward at the Assembly of First Nations Special Chiefs’ Assembly addressing RCMP use of force against land defenders, had been withdrawn. “Support for the motion quickly faded as Chiefs agreed that they didn’t want to get involved in taking sides between the Hereditary and Elected Chiefs.”

Blatant outright lies, in the past few months Molly and her gang of thugs have been bragging about how they were able to hold the drill pad site from CGL, and police. Never mind they were breaking the law, violating the Supreme Court injunction with complete impunity for 59 days.

Its easy to stray from our story here, but read that line “plans to destroy Wedzin Kwa” what a load of horse manure, even thier own cousins, aunts and uncles, yes I mean Wet’suwet’en all agree that this is a perfectly safe way, and the most expensive way, to insure the river is NEVER contaminated and still we have this neanderthal mentality claiming it with kill all the fish, and wildlife and berries and anything else they can think of. Some of them are still saying the black tar will contaminate the river all the way to the ocean, they mean bitumen, from a gas ‘vapour” pipeline.

Its not about truth, its all about creating panic in the ears of those who listen.

The protesters escalated the situation, to elicit a police action, it was intentional, now they cry foul that they succeeded. This despite everyone asking why police simply won’t enforce the law, and the reply was always were are trying to DE-escalate the situation. When in fact it was the protesters who wanted the media attention in order to escalate the bottom line in their GoFundMe accounts that today total well over a million dollars. See our story Million Dollar Molly

This started with the incident where Adam Gagnon intentionally blocked the road leading to CGL Camps where they housed over 500 people, many of them aboriginal and many of them were also Wet’suwet’en. We covered that story about those arrests here. Adam Gagnon seizing Coastal Gaslink Excavators  and go to Oct 31st on this story “War in the Woods – Daily Update” and you will see that the RCMP were not wearing military or camouflage clothing that the protesters like to call military gear. But then again remember Adam and his gang were also dressed in civilian clothing. Just the mear fact they were arrested was enough to make the claim it was a violent arrest.

Its an ongoing theme, all arrests of protesters are violent, and if it happens to a female its  violence against women.

Fast forward a bit to today where we have two idiots, both NDP one named Nathan Cullen, the other named Taylor Bacharach, both demanding an investigation into RCMP conduct, for what exactly? Wearing camouflage clothing? Its ok for Molly’s gang to wear military fatigues but its violence by the police if they wear them? And since when were RCMP dogs, highly trained canine units that save the lives of so many children now are suddenly “attack dogs” yes plurals as in multiple, however the videos only ever show one dog.

Then we have Molly and her “Indigenous warriors” no longer is it the Wet’suwet’en Nation. Listen to these invaders (on the video below) in OUR backyard, outsiders, a bunch of lunatics and these are the people that both Taylor and Nathan are willing to support and putting our RCMP under the wheels of their NDP bus? They are both living very charmed lives, if there was a recall available to the public we would have them out of there before the end of this year.

One thing we can be sure of, Molly escalated the situation by copying what Adam did, forcing the RCMP to act. Why? She now has three kids to care for and it was obvious none of them were prepared to stay out there for an entire winter in the tiny shacks when they would be so much more comfortable in town. It was easy, get arrested and live under the condition you will not live way out there at the blockades, and make it look like the governments fault while you watch the money pour in from GoFundMe.

Watch this video! Nathan Cullen and Taylor Bacharach get your heads out of sewer pipe you both have them in and watch who you are defending. Is this the Canada you swore to protect and serve? Did you read the caption under Yintah “Laugh. Live and Scalp” That is about as racist as you can get, and you support these people? At the :30 second mark Warner Naziel says “Were going to kill these guys.”  Listen to them Nathan and Taylor, is this what you support? See that screaming lunatic below? You support this kind of behaviour over that of the RCMP?

Now compare that to this. Does the following scene look violent? That is Molly getting arrested, and look, a police uniform not military fatigues.

Oh and Molly had publicly stated she was getting specifically dressed for the occasion of her arrest (the red dress scam) because her normal uniform was military fatigues. 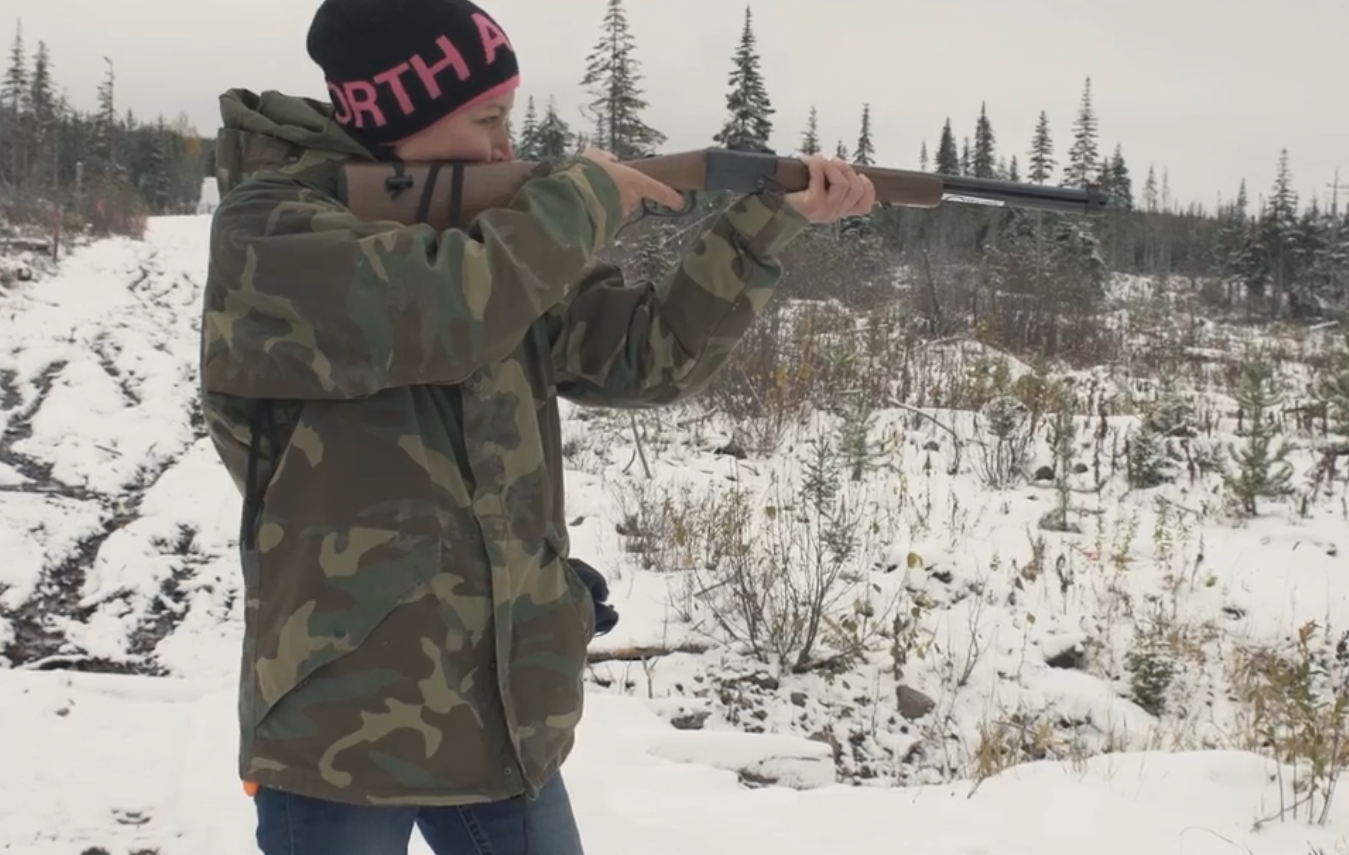 Or is the issue about police having guns? Well they sort of had no choice as it was clear that the protesters had plenty of high powered rifles out in those camps as well, see our article Taylor “Bachrach sandbags RCMP in Parliament” now it looks like due to the eviction notice Nathan received in Hazelton, now suddenly the RCMP are the fall guys, the people he needs to throw under the bus.

But then again they both claim the watched disturbing footage, well we have that same disturbing footage and if you remove the loud sounds, its actually a very peaceful and orderly arrest of people who intentionally were breaking the law. Oh and while we review the footage, look how few of the police were actually wearing military gear. (camouflage clothing) Notice only ONE dog, and note the potty mouth is anything but a dignified matriarch, that was Molly, and look how  one had to be carried by refusing to walk, other than the sound, no violence occurred at all.

So when the investigation comes to the obvious conclusion, then the answer will be that its only fitting that Canada will rule in favour of the police, we have listened to so much of their bullshit that we already know their narrative. By then the NDP will have cashed in on their “we tried our best” but its “they” who are to blame. you know the white folks.

In that video Molly claims this is a private residence, when they intentionally hauled in a prefab shed  (below), then built onto it in their one month occupation of the drill pad site. (see below)

Look below, most of the police were wearing normal police gear.

In summery there were four separate police actions.

a) the action initiated by Adan Gagnon, that resulted in two arrests, both of them were smiling for cameras, so you can hardly claim that was a violent arrest.
b) the second was at the 44k blockade of the main road in to the CGL Camp held mostly by the Haudenosaunee radicals from Ontario (Mohawk) and when the police arrived they practically lined up to have their handcuffs put on for the bragging rights to being arrested. no resistance, a peaceful transition from a very cold wet camp to a warm jail cell. Instead of the fearsome warriors everyone was expecting, they turned out to be whimpering kittens looking for attention.
c) in a more isolated incident Cody Merriman, who did his best to talk his way out of it without success, also quite peaceful.
d) last was the tiny cabin that they set up one the drill pad site, and if you turn off the sound, meaning you will not hear Molly swearing like a lumberjack, its also was a very peacful and orderly empty out of that cabin.

So what gives these two political hacks for the NDP the right to claim the RCMP actions were highly disturbing?

NOTICE: We do not own any of the images we found online, and we used only embedded images, so there is no copyright to be debated here. The protesters allow anyone selling their narrative to use them, everyone else is prohibited. We say that in advance, because they often will remove or move the images to cause dead links for those who do embed images.